Hope your new decade is going well so far; personally, it's making me feel a little nostalgic. The 2010s were a spectacular, productive, and also challenging decade for Ruby Rae. I started writing songs not-so-secretly under the name Ruby Rae soon after moving to NYC, but did not fully pursue them as a creative project until 2009, so it has felt pretty significant to this past ten years. So to celebrate, I'm including some vintage 2010 photos in this newsletter. First one is from the first RR release party at Hank's in 2010:

Since then, in collaboration with so many wonderful musicians, producers, engineers, and artists* (list continued below), Ruby Rae independently released:

AND the next record will be out this year in 2020, which is so numerically pleasing, don't you think?

These songs have traveled from practices in a very dusty room in Gowanus, to both Portlands, Austin & LA, duets in Berlin, to a residency in Akumal Mexico, to the House of Blues in LA with a West Coast band, down to Nashville - it's been wonderful! I'm so proud of the work and the journey we've taken so far.

Creating music and releasing it into the world makes me feel hopeful even (and especially when) the rest of life feels chaotic. Art is both a comfort and a challenge. I would not have been able to do any of this without other artist collaborators and YOU. I hope you enjoy these records and cheers to the next chapter!

For now I am focusing on finishing the new record, songwriting, sharing demos and booking shows for 2020 from my new home base in Nashville. I will be re-vamping the RR Song Club so stay tuned for more info on that (and a bunch of new demos on Bandcamp coming by the end of January). You can listen to all of the records above on Spotify (or many other streaming services) and listen / buy / join the song club via Bandcamp.

Speaking of the new record! Lawson and I are diligently working on True Crime, and getting closer to completion. These types of records take time to be made; I have been listening to the mixes while driving around Nashville, and I can tell you - sounds so good, they will be worth the wait! If you are a Kickstarter, an update is coming your way soon as well.

Buy Tickets In Advance Before This Tiny Room Sells Out

As always, there is more info on the website here.

If you'd like to say hello or reach out with questions here - I love to hear from you!

Thank you to the lovely & strange venues we've played + songwriters who teamed up for RR + Friends. Thank you for listening, for coming to shows and for your support over the last ten years!

Special thanks to my mom Sarah, and my dad Phillip. He passed away in January 2011, so he missed out on a bunch of this, but I think he would have loved it. ❣️ 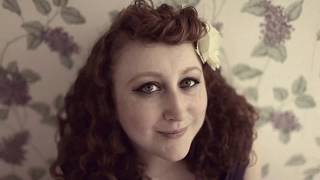 THE RECORD IS DONE!!